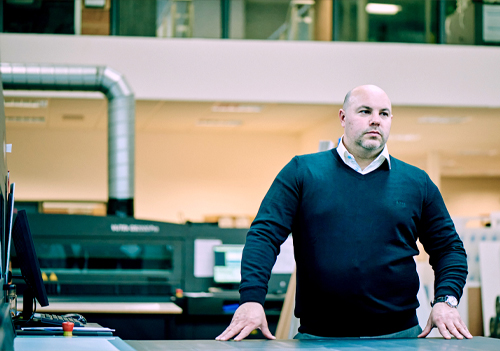 Once something can be measured, it can be changed, and no one knows this better than Jon Sayers, MD, Studio One. In the last 18 months, this Northampton-based PSP has gone through massive change – a directorship buy-out, a business redefined, plus a complete overhaul of working processes towards automation and total transparency.

“This has given us an opportunity to really focus on improvements to the business. It was becoming increasingly obvious to us that we were fairly blind when it came to understanding profit. We were waiting until the end of the month to understand if we were profitable or not. Where we were making money was at best blurred. The issues were becoming more embedded as the company grew in size. We couldn’t answer any of the questions about where we were making money or what was good and what was bad. We didn’t completely know from a sales perspective where we were directing our sales teams,” says Jon.

Studio One made the decision to address these issues a couple of years ago with the purchase of EFI’s Pace MIS software but never got down to the full implementation due to a lack of available time and resources.  However, COVID-19 presented the perfect opportunity to focus on integrating the software in-line with its corporate vision of becoming a far more streamlined and profitable business.

“The pandemic has given us a real chance to knuckle down with Pace.  We’ll have a much stronger understanding of the business and make the most of all the work that comes in. We’ll be able to understand better what our customer base is, and see what areas of the business are doing well or not. We’ll understand our capacity a lot more, schedule more effectively and run a slicker ship than usual, ultimately to the benefit of all our customers,” says Jon.

During the Pace implementation, the company underwent a CMYUK EFI audit, which is available for free to all EFI customers. Amira Bouchiba, CMYUK’s Academy Manager visited the company to extensively evaluate the overall efficiency of its prepress, printing, and finishing processes.

Over a 2-day period, Amira spent time with various staff members across all departments, and made a number of detailed recommendations, taking into account the Pace implementation and overall long-term business vision.

“Amira spent quite a lot of time evaluating the step-by-step processes that we were currently undertaking.  She put forward some really good suggestions of how our workflow could change, systems that we could adopt and new software that we could drop in between our current working practices and the EFI Pace implementation. She could see where there were gains to be made. For example, we’ve now adopted Esko i-cut software and Pitstop Pro, none of which we were utilising before,” says Jon. 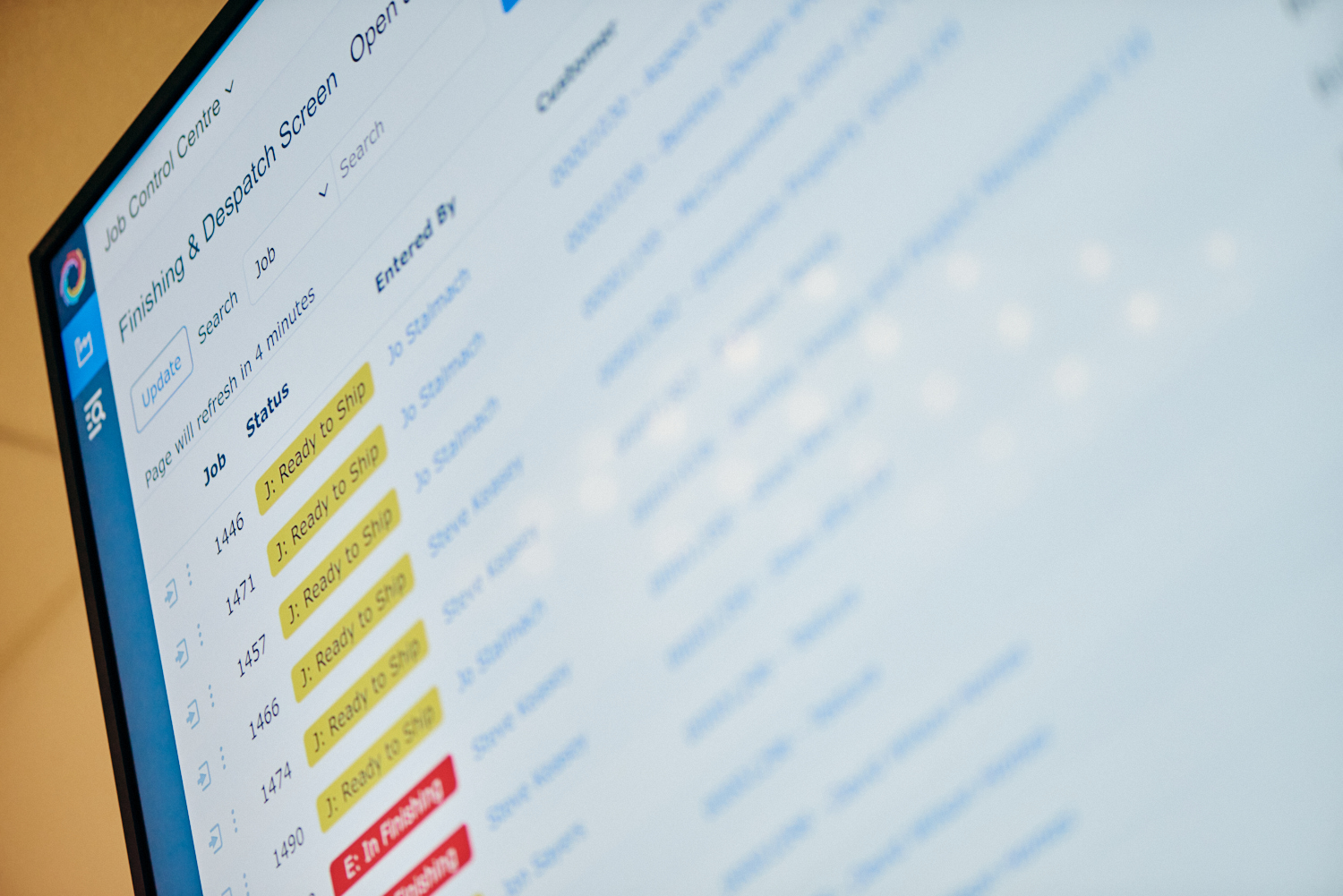 Amira’s considerable technical knowledge with all EFI products meant that she was able to positively reinforce the benefits and changes that Pace and the resulting working practices would bring to the business.

What Amira was suggesting – which was one of the main areas of interest for the company – was automation between different departments. “Amira could see the benefits of automating yield issues with stock management. “She reinforced that she had been there, seen it and that it was possible to do. She was able to talk on a very technical level to reassure us that it was definitely the way to go and that CMYUK could help make it happen,” says Jon.

Furthermore, the addition of digital screens around the factory and office space would give everyone visibility of jobs through each department so time could be more productively spent working on customer requirements rather than internal processes.

Studio One has focussed very closely on the relationship between the real cost of a job and its estimated cost, taking into account all activities such as finishing and packing for example, which belie the usual cost per square metre paradigm. Adding shop floor data collection now gives a real-time data capture on all hand finishing activities to compare estimate vs actual, and understand if the estimators are within an acceptable tolerance for time allocation.

To square the circle, the company has purchased EFI Metrix imposition software to get as close as possible to job estimate values. This software calculates optimised yield layout and takes into account a number of other factors such as type of material used and speed of throughput.

“When we produce an estimate now, we know so much more about that job should it come to fruition.  Historically, you’d win the job and look at how you’d put it into production. Now the estimator has a level of automation that provides total transparency of everything needed for a particular job. You can very quickly draw down into the system to see how everything is working and what’s been allocated. Our estimators have to understand how we manufacture things, the products that we sell and all components that are necessary from when the job enters the building and when it leaves.

“There are no longer any surprises as all the heavy lifting is done up-front. Integrating all these systems is not for the faint hearted, you’ve got to be very clear about exactly what your business does, what product sets you offer, who your suppliers are, and what your cost base is.  You need to be able to configure the system with all that knowledge and information. There were definitely questions that were asked that we didn’t have the answers to, which made us think fully about everything we’ve needed to do,” says Jon

Some of these were posed by Amira. For example, where inventory was concerned, she questioned materials management and suggested that a more stripped back approach was needed. Managing materials would help with physical stock-taking, which is something the company had not done to this level before.

“Having to go through your factory and designate official areas of every item that you stock is quite a task. All these things seemed rudimental when you talk about them but it’s not until you take a long hard look at your business that you understand how much improvement can be made,” says Jon. 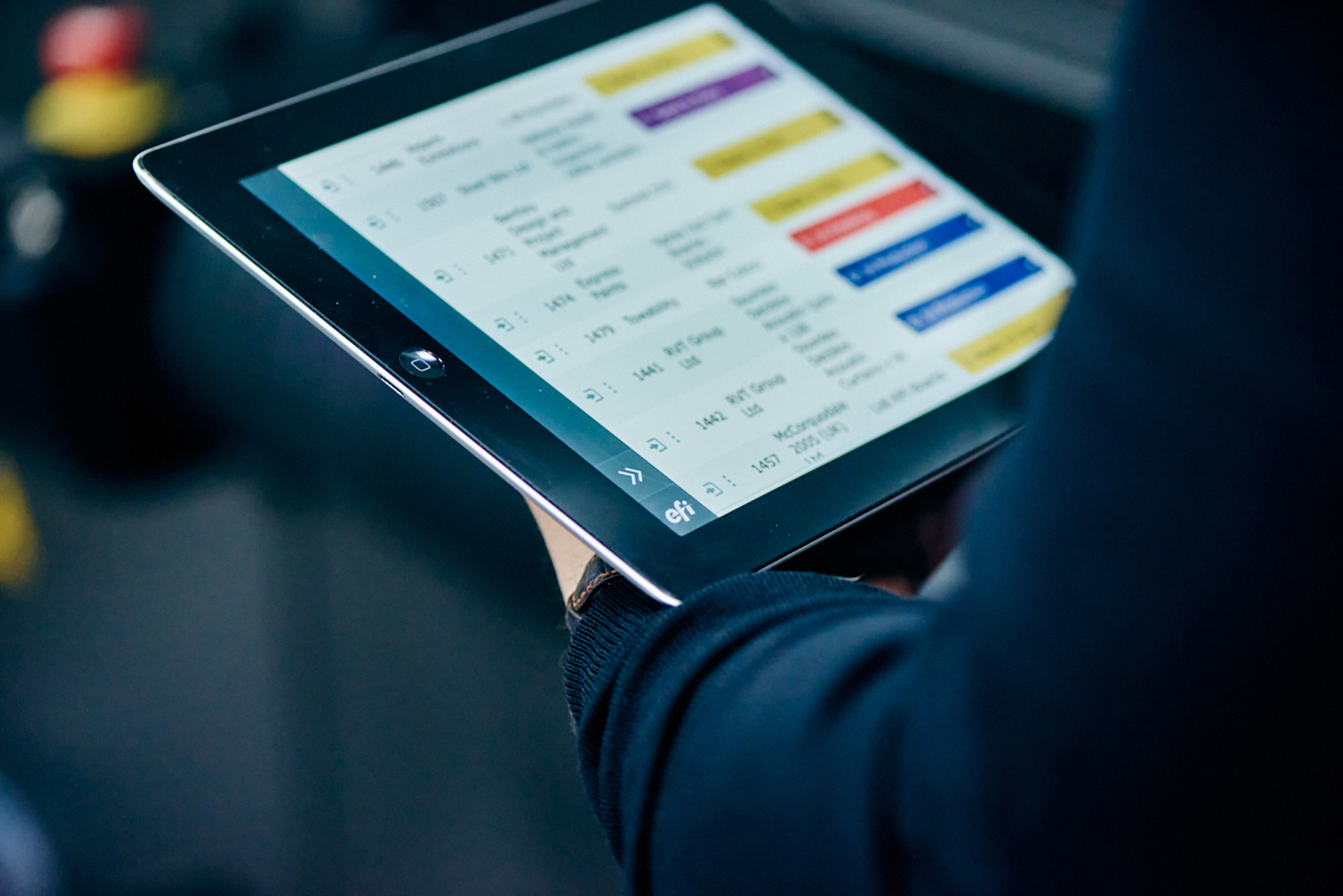 Throughout the process, Amira was able to offer practical advice regarding colour management, RIP workflow and the Creation of Standard Working Practice procedures (SWP), which documents the company’sstandardised way of preparing artwork for production – essential for new staff members and necessary for ISO certification, which Studio One has already achieved.

She was also able to go through the set-up of EFI MDSF (formerly known as DSF) that had been purchased to handle the company’s catalogue jobs. Amira  also recommended an upgrade to the company’s existing Kongsberg XP digital cutter. This would allow digital finishing to communicate with Pace MIS and allow it to have a barcode facility that could work in conjunction with the Fiery XF RIP for media and tool mapping workflows.

She also checked the run efficiency of the company’s EFI VUTEk printers – the GS3250 Pro and GS2000 Pro, and its Mimaki CJV300-160 printers, both of which can now be driven by the Fiery XF RIP.

“Amira was able to give us a detailed workflow of how she expected the operation to work knowing our current capabilities and understanding what systems we would be using further down the line. She visualised how jobs moved through the offices and into the warehouse and recommended that plastic dust curtains go up around the laminator and that i-pads were used for real-time data collection,” says Jon.

In the six weeks since the EFI software has been fully integrated into the workflow, already in this short space of time, margins have increased by 10% without any rise in turnover, which bodes well for a true transformation. Says Jon: “This has been a business-wide change. From something that never existed, Pace has now become our nerve centre and the most valuable part of our business. It touches every single extremity – there’s no individual or department that hasn’t been affected by it in one way or another. I don’t think they’ll be anybody a month from now who doesn’t prefer it to anything we’ve done.”