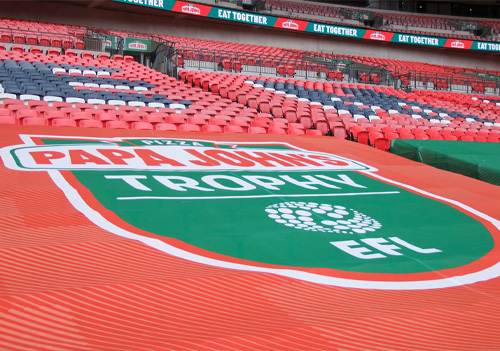 CMYUK has announced that 2,500m2 of Kavalan was used to brand thousands of seats at Wembley for the EFL Papa John's Trophy Finals ‘double header’ held at the UK’s national stadium earlier this month.

The job was printed and installed by Cambridge-based MacroArt for its client the League (EFL). An entirely carbon neutral campaign,  it marks an historic first, not just for Wembley, but for sporting stadia branding worldwide.

Kavalan Spiderweb 300 Mesh was used for the seat branding, which accounted for the vast majority of the work. It immediately  reduced the overall carbon footprint of the project by over 30% when compared with traditional PVC. Other graphics and signage materials – amounting to 3,000m2 in total, were selected for their recyclability, minimal  waste and low environmental impact during production.

“PVC-free Kavalan has proven its moniker as the eco alternative to traditional PVC,” said Damien Clarke,  Sales Director (materials) CMYUK. “Kavalan not only looks and feels like PVC, but it matches it for strength and performance. Sporting arenas, clubs and fixtures the world over now have a proven solution that meets their sustainability goals. It really is a win/win for PSPs, clients and major brands.” 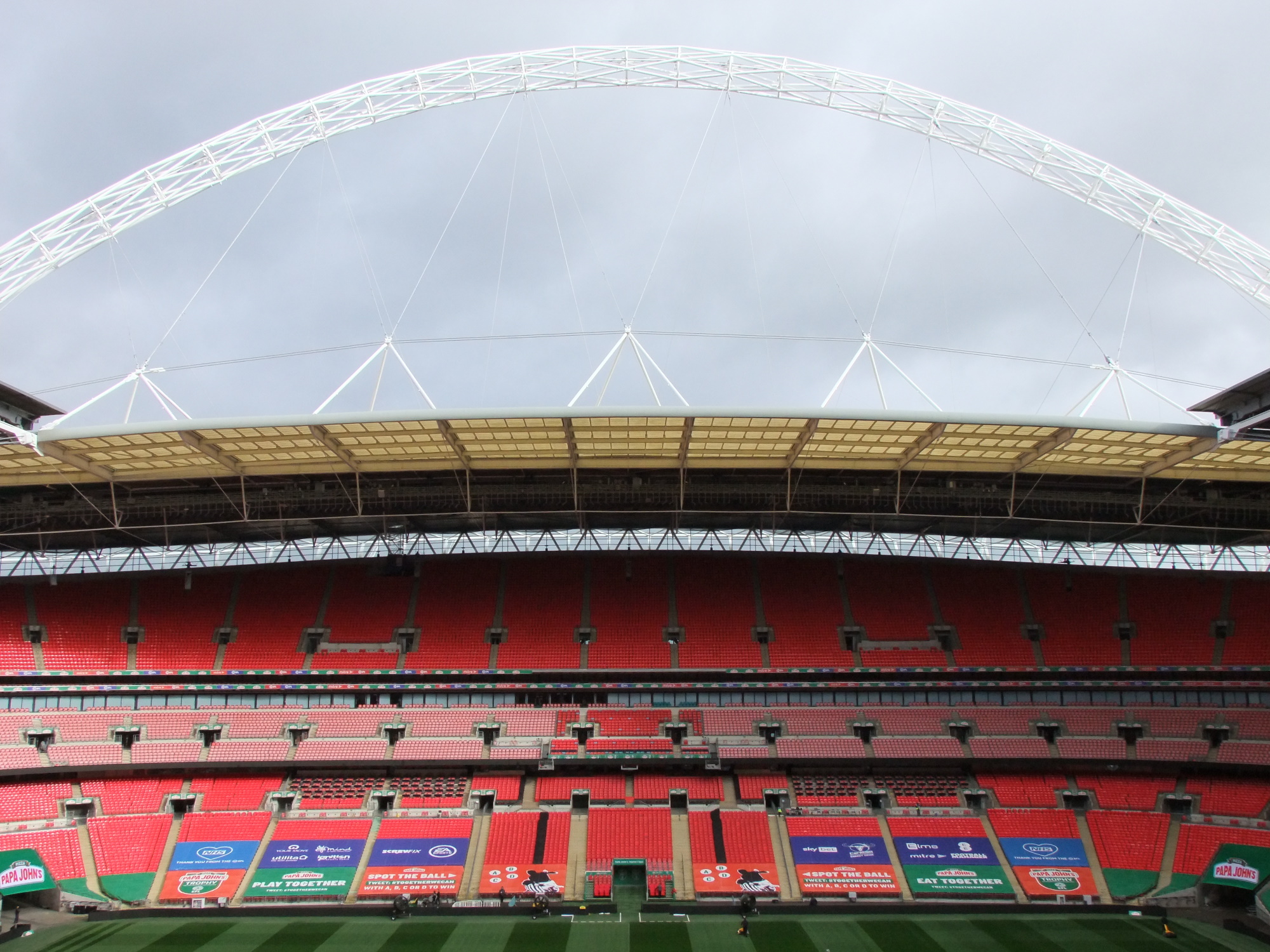 EFL Papa John’s Trophy finals held two finals on the weekend of 13-14th March. Due to this back-to-installation fixture, MacroArt’s installation team had the unenviable challenge of replacing sections of rebranding overnight, to ensure the correct sponsorship messages were in place for the next match.

The project was delivered on time for each of the finals that saw Salford City and Sunderland FC respective winners of the 19/20 and 20/21 trophies.

Post event, all graphics and signage were recovered by MacroArt, and returned to the relevant waste streams for recycling. The carbon footprint from all materials was calculated, and then offset by MacroArt’s investment in UK Woodland Carbon Units to deliver the winning strike of net zero carbon impact.

“Sustainability is key to many of our clients and providing graphics that have a minimal impact on the environment whilst maintaining performance is a game changer for today’s events,” said Matt Guise, Sales Director, MacroArt.

CMYUK’s Damien Clarke, added: “We are witnessing a growing momentum that is increasingly positioning new generation green materials at the centre of printed brand communications. Sustainable materials are an important consideration now for winning work, as are eco-responsible disposal strategies. With high profile PSPs like  MacroArt leading the charge, it’s only a matter of time before other wide format printing companies join them, with these advanced materials becoming the norm rather than a special request.”

DM Signs upgrades and expands its printing and finishing equipment